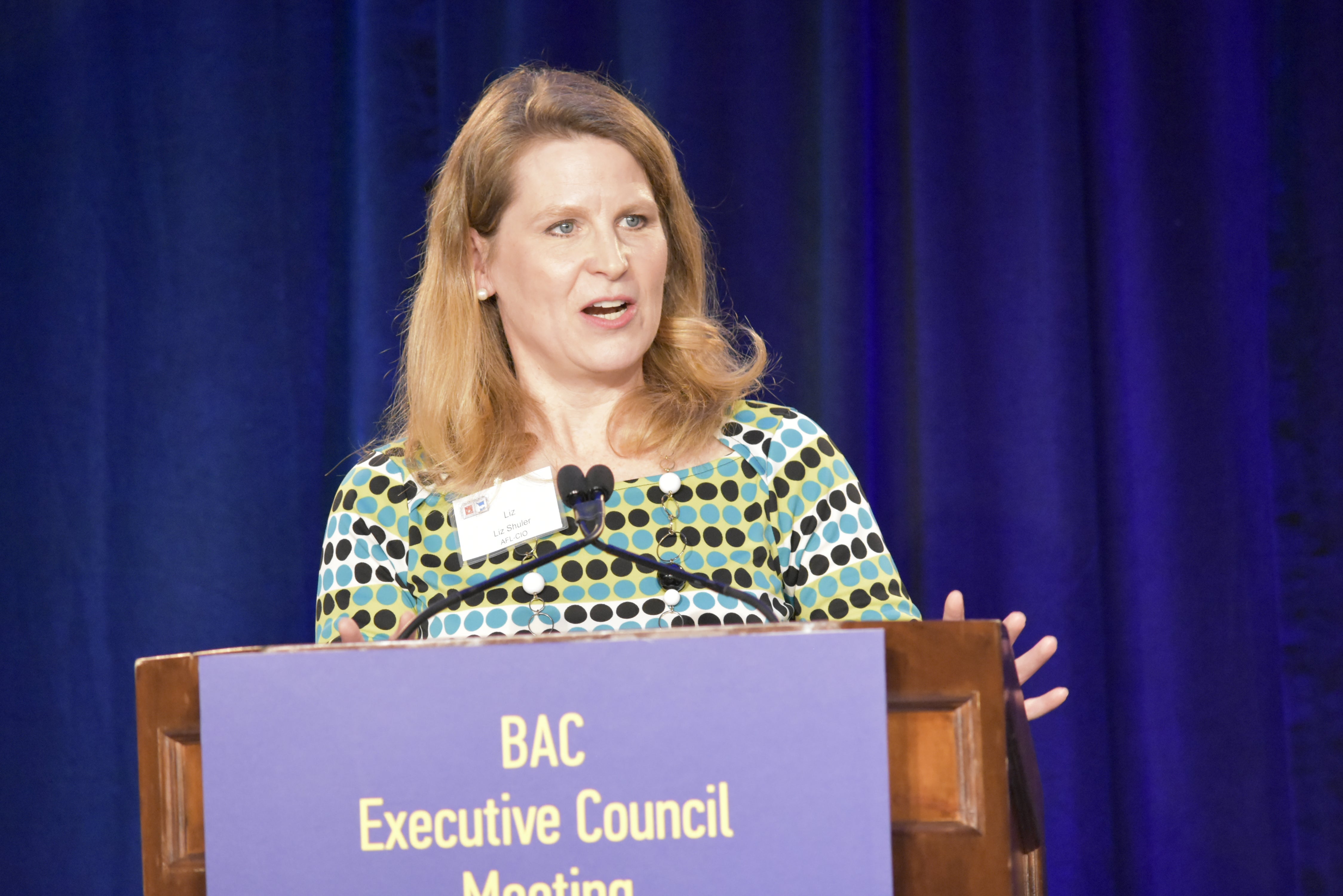 On August 20, the Executive Board of the AFL-CIO unanimously elected Liz Shuler as President of the federation, filling the vacancy left by the death of President Richard Trumka. Shuler, an IBEW member who was elected AFL-CIO Secretary-Treasurer in 2009, is the first woman to serve as President of the organization.

Fred Redmond, previously the International Vice President of the United Steelworkers, was elected to succeed Shuler as Secretary-Treasurer of the federation, and became the first African American to hold the AFL-CIO’s second-highest office.

“Sister Shuler’s commitment to strengthening the voice of union labor — from the workplace to the halls of Congress — is second to none. Her passion and work ethic have been rewarded by her peers in electing her as the sixth President of the AFL-CIO, and the first woman to hold that position,” President Driscoll said. “On behalf of our Union, I want to congratulate Liz, Fred, and Executive Vice President Tefere Gebre. They are a diverse and dynamic leadership team that will work tirelessly to provide a brighter future for all working families.”