Right to Work For Less 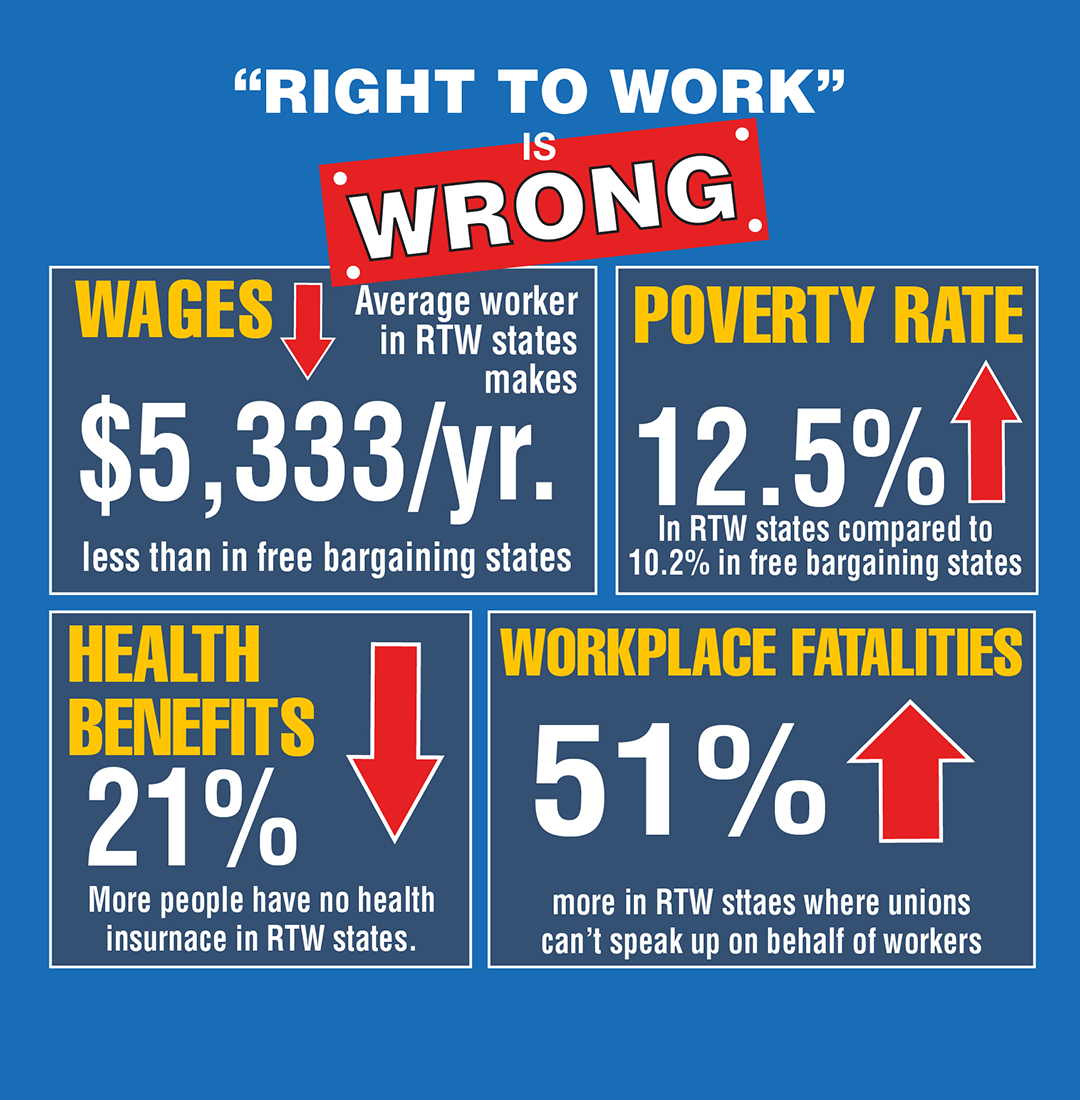 So-called “right to work” laws – intentionally misnamed by a network of nonunion business interests that have championed their passage – are currently in effect in 24 states. A more accurate name for these measures is “right-to-work-for-less,” because in practice, they have lowered wages, reduced benefits, diminished jobsite safety, and do not guarantee any “rights” that are not already offered under federal law. The average worker in a right to work for less state earns roughly $5,333 a year less than a worker in free-bargaining states.1

In addition, states with so-called “right-to-work” laws are:

The true goal of these laws isn’t workers’ rights, but busting the union contract. So-called “Right to work” laws say unions must represent all eligible employees, whether they pay dues or not. Unions are forced to expend time and members’ dues money to provide union benefits to workers who pay nothing and get all the benefits of union membership.

1 Average Annual Pay, 2001 from Bureau of Labor Statistics, State average annual pay for 2000 and 2001 and percent change in pay for all covered workers.