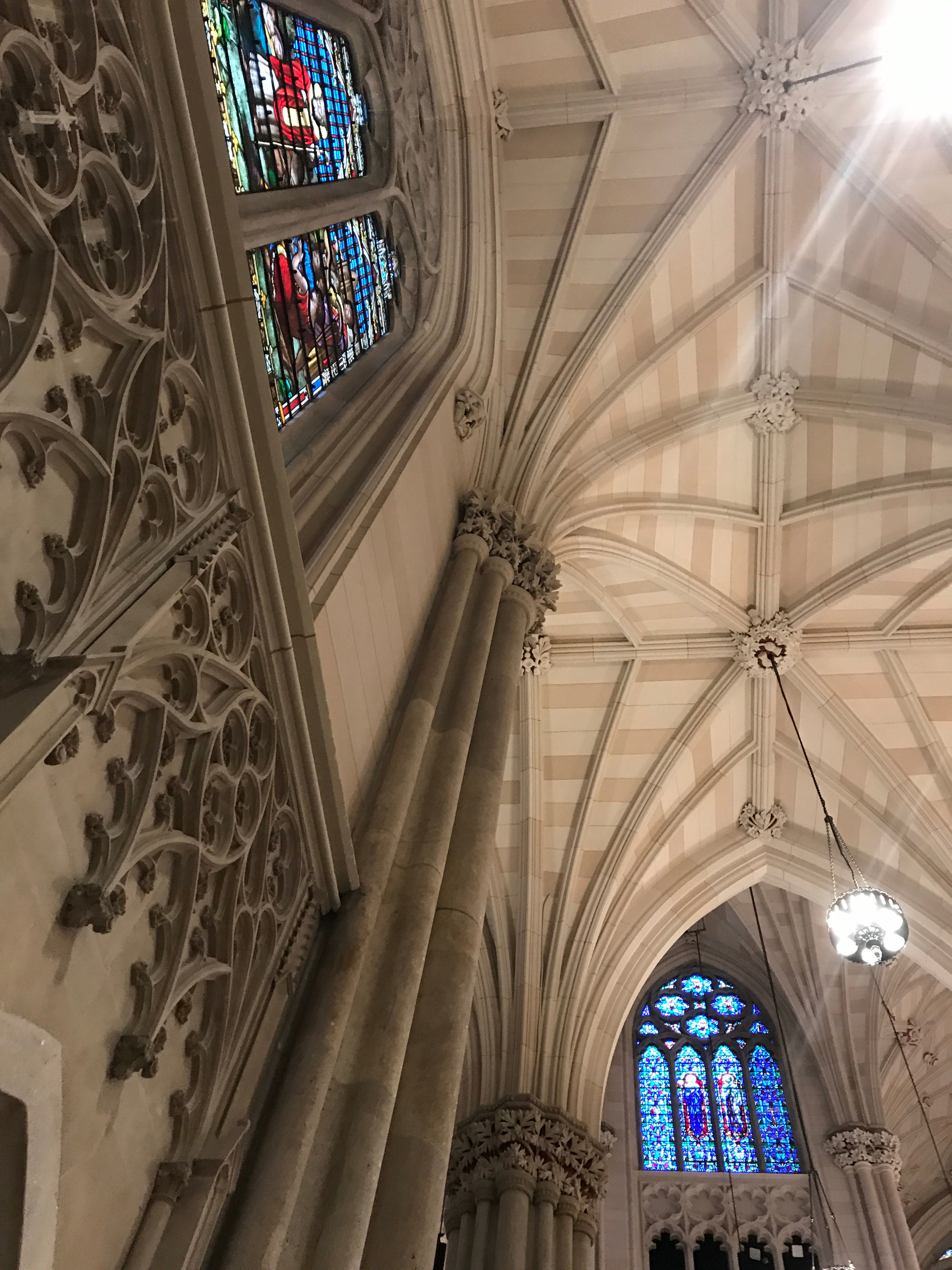 Members of BAC Local 1 New York played a central role in the renovation of this 138-year-old historic icon on Fifth Avenue in Manhattan.They repaired, replicated and replaced plaster on the interior of the Cathedral over a three-year period under a $1.8 million contract.

The interior was originally intended to be carved stone, but when the Civil War interrupted construction, the architect decided to use plaster painted to look like stone.  In recent years, it had become dark and dingy because of candle soot and pollution.

The work was done in sections starting front to back. The plaster ceiling was inspected both below and above in the crawl space. Repairs were conducted 10 stories above the pews, using synthetic resin squeeze out with acrylic and rekeyed from above. Areas damaged by water or age required new wood lath and scratch coat. Mold-making for different parts of the vault were done on site. Plaster was then painted to match.

The outstanding craftsmanship of BAC members was not just appreciated by parishioners. It was witnessed globally when Pope Francis led services at the just-restored, gleaming St. Patrick’s Cathedral during his New York City visit in September 2015.